A bastard child of perverse love

Virtually all the music for Monteverdi’s 1608 opera L’Arianna, one of the most influential and famous examples of early Baroque opera, has been lost.

Minotaur The Island is the first part of an exciting new chamber opera which re-imagines the lost opera of Monteverdi, focussing on the tragic story of the Minotaur.

Minotaur The Island turns around the figure of the Minotaur, the bastard child of peverse love. The work begins with the establishment of the mythic world, and an introduction to the poetics of the piece. Various characters, objects, sounds and theoretical constructs are introduced and developed. We see the conception of Pasiphae, King Minos’ mail order bride, who has become obsessed with the bull of heaven. She gives birth to the monstrous Minotaur, part bull, part human. The Minotaur grows and becomes ferocious, needing to devour men for sustenance, and as a consequence is locked away, in a gigantic labyrinth.

“With the minimum of sources Young crafts a perpetuum of ever-changing interest and subtlety absolutely wedded to the opera’s woven and wooden stage design. As the first part of a trilogy, The Island sets a stunning precedent for the future works, and as Ariadne puts it at the beginning of The Island: “even if I were to die, I would return.”

‘I found the performance wholly absorbing, and started thinking about the Lares, the household gods of the Romans, where the domestic sphere is also the site of the sacred.’

‘The intimate opera crowd was enthralled by the production…’

MINOTAUR – THE ISLAND has been co-commissioned by Ten Days on the Island and Dr Peta Gillingham. Part of the New Music Network 2011 Series 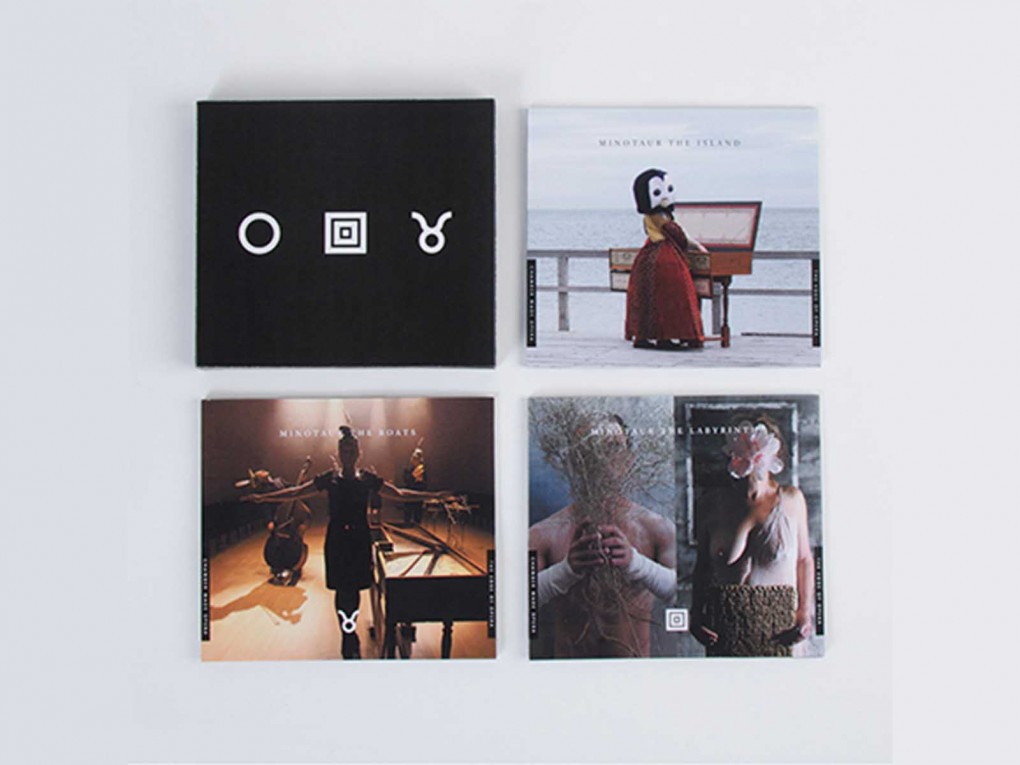 Captives of the City

Opera for a small mammal

Between Lands and Longings